Footsteps Across The Delta

Where To Go?
Faraway on the Botswana ‘s Kalahari sands is an enormous swampy inland delta formed where the Okavango River reaches a tectonic trough in the central part of Kalahari Basin. One of the Seven Natural Wonders of Africa, The Okavango is produced by seasonal flooding in (January–February) rainfall from the Angola highlands. The flood peaks between June and August, during Botswana’s dry winter months, when the delta swells to three times its permanent size, attracting animals from kilometres around and creating one of Africa’s greatest concentrations of wildlife.” 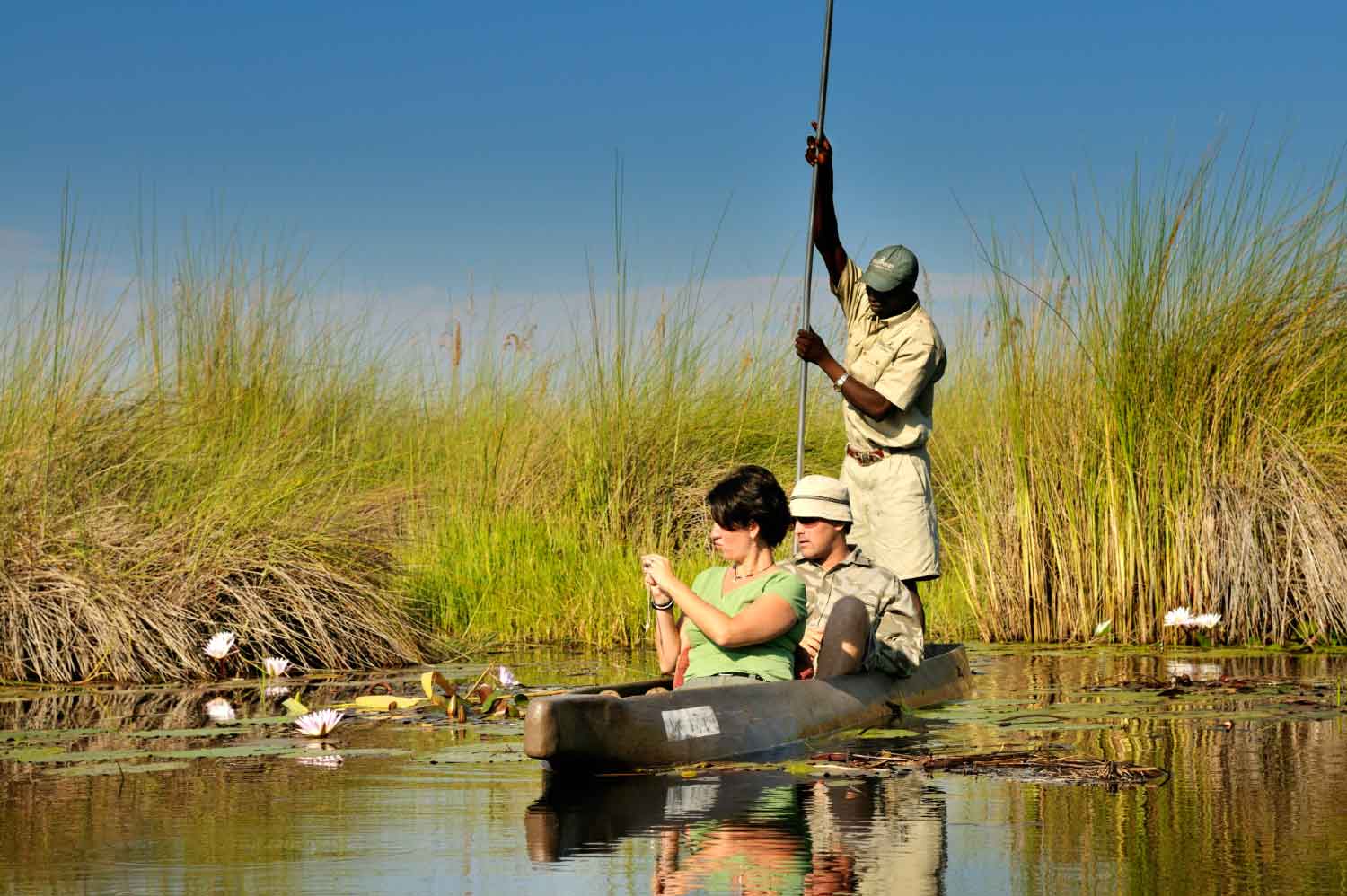 Where does Your Safari Begin?
In a remote part of the Okavango Delta your journey begins as you explore the islands of this water wilderness and take your Footsteps Across the Delta’ on a walking safari. From this wonderful base you are able to experience something very special – the opportunity to explore the wilderness on foot: to get up close and personal with the African bush. It’s not to be missed 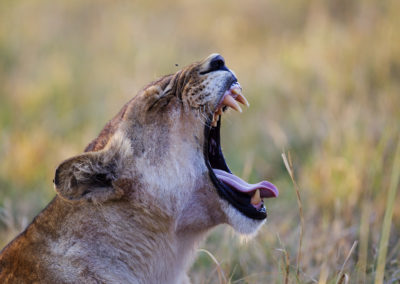 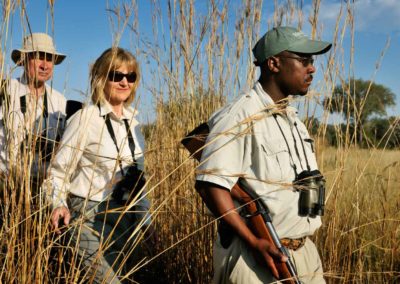 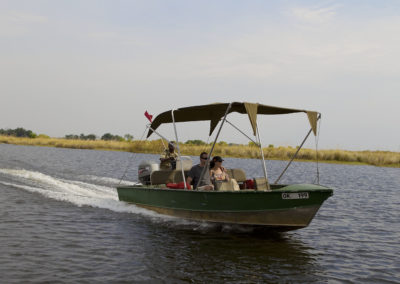 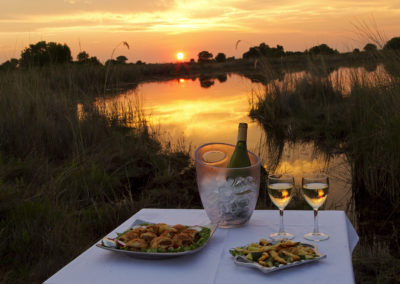 Where Will You Stay?
Your comfortable private camp which accommodates guests in three specially designed, twin-bedded, Meru tents complete with sewn-in floors. One of the three twin bedded tents can be converted into a family unit that sleeps five. Each tent has its own newly refurbished en-suit bathroom including wash basin, porcelain flush toilet and bush shower, even a daily laundry service.
The ‘bush kitchen’ is run by a chef and prepares menus to whet all appetites. 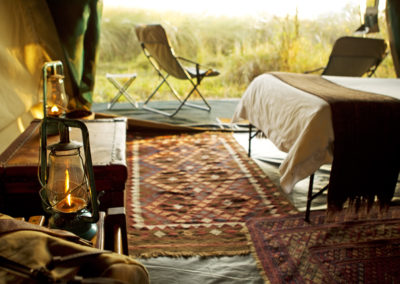 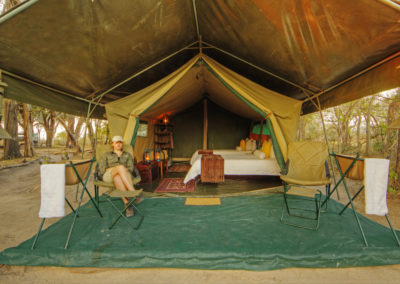 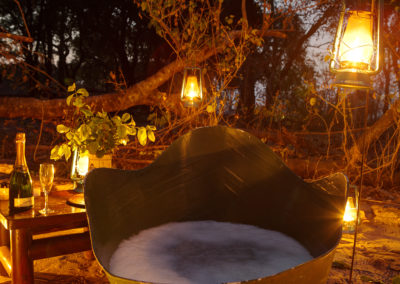 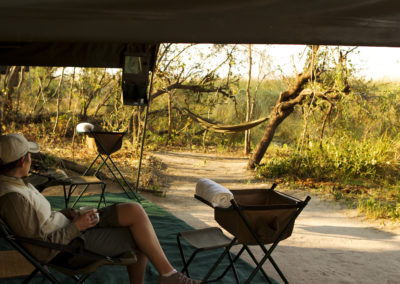 For those wishing to share the true African safari experience this adventure is just for you.