Situated on the western border of the Magadigadi National Park, Leroo La Tau sits on 15metre high cliffs overlooking the Boteti River, a once -dry river which began flowing again in late 2009 after two decades of unexplained drought.

The Magadigadi is home to the largest zebra and wildebeest migration in the world after the Serengeti. This concentration of animals attracts numerous predators including leopards and lions, in fact Leroo La Tau means home to three white rhinos – two females which trekked over   250 kilometres south from the Okavango Delta’s Moremi Game Reserve and a bull rhino which was relocated in 2008 in the hope  that the rhinos would breed. The newly flowing river has brought about relief to the resident pod of hippos , and is expected to attract breeding herds of elephants to add to the parks’s sizable bull population.

Accommdation consists of 12 luxury rooms, spacious thatch and timber rooms with en-suite bathrooms and glass sliding doors which open up onto private viewing deck with a 270 degree panorama of the Boteti River and the Magadigadi National Park. 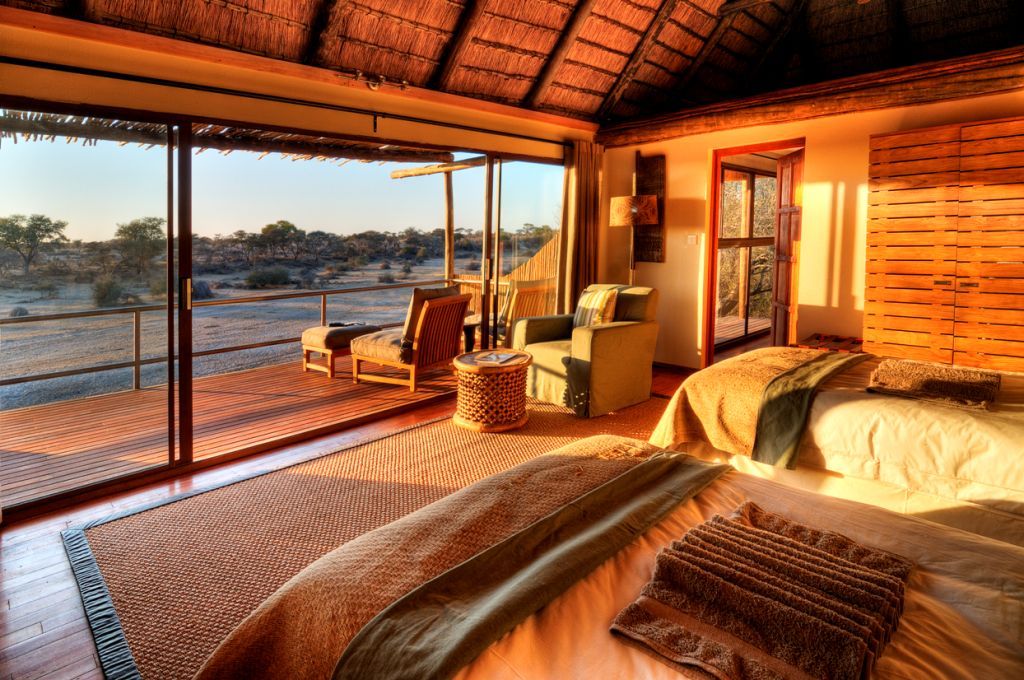 This is a magnificent camp setting with incredible wildlife game viewing opportunities.

Put this on camp your Safari Hot Spot List!

Contact us and we will arrange everything for you!